Per OSHA, approximately three million workers service equipment and face the greatest risk of injury if Lockout/Tagout is not properly implemented. Compliance with the Lockout/Tagout Standard (OSHA 29 CFR 1910.147) prevents an estimated 120 fatalities and 50,000 injuries each year. Workers injured on the job from exposure to Hazardous Energy lose an average of 24 workdays for recuperation. In a study conducted by the United Auto Workers (UAW), 20% of the fatalities (83 of 414) that occurred among their members between 1973 and 1995 were attributed to inadequate Hazardous Energy Control procedures — specifically, Lockout/Tagout Procedures.

The following documentation provides the full text of OSHA 29 CFR 1910.147, as well as comprehensive explanations, interactive case studies and interpretations of the standard. Whether you are a recent hire or an experienced employee, this information will expand your knowledge of the Lockout/Tagout (LOTO) standard.

OSHA Documentation is available as follows:

Additional Lockout/Tagout related documentation is available for download as follows:

Portions of the documentation presented here were developed by the OSHA Directorate of Technical Support jointly with the Directorates of Compliance Programs, Safety Standards Programs, the Office of Training and Education, and the Office of the Solicitor. Compliance officers in Philadelphia, New York, and Atlanta assisted as well. 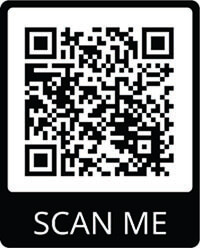 We help our customers to implement
Lockout / Tagout
systematically as per
OSHA standard 29 CFR 1910.147

For your proper understanding about
Lockout / Tagout

Select your language by pressing
on this button